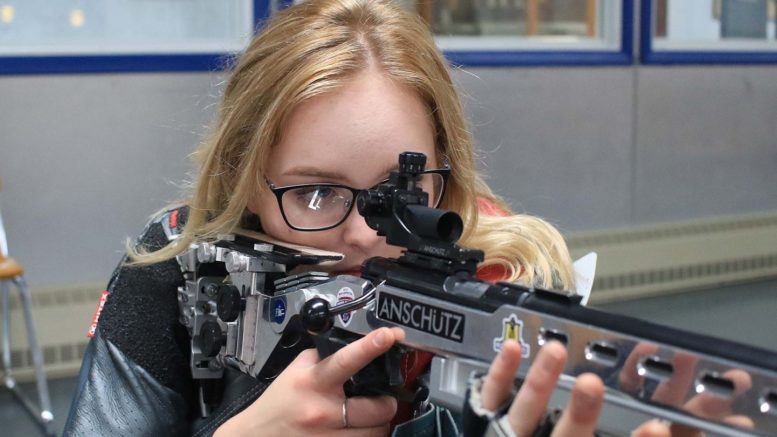 Murray State Rifle split in its double header on Saturday, Nov. 7, beating Jacksonville State 4690-4630, but falling to the University of Kentucky 4621-4735.

Head Coach Alan Lollar had good things to say about his team despite picking up the first loss of the season.

The match against UK did not go as the Racers wanted. Still, freshman Abby Zinsmeyer was able to salvage a fourth place spot on the rankings, shooting an 1160 aggregate, her highest of the year. Freshman Emily Endecott followed Zinsmeyer at the fifth spot, posting a 574 in smallbore and a 580 in air rifle for an 1154 aggregate.

Freshman Scott Patterson came in eighth overall with an 1153 aggregate, and freshman Noelle Meals rounded out the top ten with an 1135.

The Racers will get a week to prepare to go to Lexington, Kentucky, to face off against Morehead State on Saturday, Nov. 14, at 8 a.m.

Unseen sports from the press box