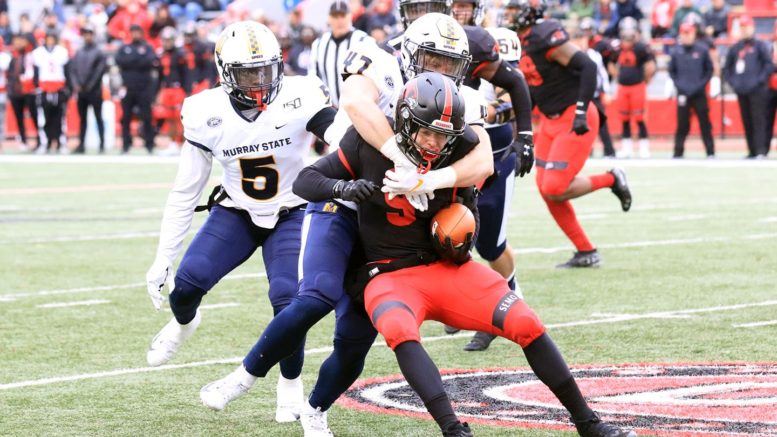 Anthony Koclanakis makes a tackle in a game against SEMO. (Photo courtesy of Dave Winder/Racer Athletics)

Koclanakis was also a problem for backfield opponents last season, leading the Racers with 9.5 tackles-for-loss and posting an additional 3.0 sacks. He finished the season with seven 10-plus tackle games and posted a career high 18 tackles in two of those games. Other impressive stats for Koclanakis in 2019 include two fumble recoveries and an interception.

Koclanakis is one of the 101 players across 56 different schools from 13 FCS conferences to be named to the Stats Perform FCS Preseason All-America teams.