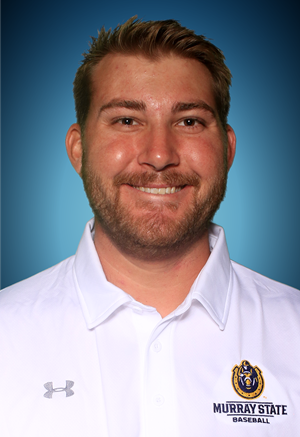 As Murray State baseball prepares for its upcoming season, Seth McLemore joins the coaching staff as a volunteer assistant.

After applying for several coaching positions, Head Coach Dan Skirka connected with McLemore and deemed him to be a good fit for Racer baseball.

McLemore spent the first two seasons of his collegiate career at Southwest Tennessee Community College before moving on to Central Baptist College for his additional two seasons as an upperclassmen.

His senior year, McLemore broke the school’s record for RBIs in a single season with 65. He also had 11 home runs that season, hitting an electric .341 in the process. He was named All-Conference, NCCAA All-Region and NCCAA All-American in 2016.

After his collegiate career came to a close, McLemore stepped into professional baseball for a single season. In the summer of 2016, McLemore played for the Alpine Cowboys, a prominent team from Alpine, Texas, in the Pecos League of Professional Baseball Clubs, a decade-old professional league spread throughout the western United States.

McLemore found success at the plate for the Cowboys, hitting .328 with a .405 on-base percentage and a .500 slugging percentage to boot. McLemore hit five home runs and drove in 43 runs as a third basemen for the Cowboys. However, a leg injury during his last game with the team forced him into foul territory to do some coaching.

McLemore returned to Central Baptist after his injury and served as a student assistant coach while getting his bachelor’s degree in history. In December 2017, McLemore gave high school ball a try at First Assembly Christian School in Memphis, Tennessee, before moving on in May 2018.

McLemore also wore several hats in the Beach Collegiate Baseball League in Myrtle Beach, South Carolina. He was first a head coach, then a recruit and finally the General Manager of the divisional champions, the Little River Lagoon. 2019 continued to be a big year for McLemore, who spent several months as the associate head coach of the Spearfish Sasquatch in Spearfish, South Dakota.

McLemore also assisted Central Methodist University from 2018 all the way up until his employment at Murray State. There, he expects to receive a Master’s degree in education with an emphasis in athletic administration in December 2020.

McLemore believes his wide variety of coaching experiences around the country will be useful to him going forward.

“The best part about it is getting to teach a bunch of different [players] from different backgrounds,” McLemore said.

Given all his previous experience, McLemore believes that his opportunity at Murray State has the potential to be the most beneficial at all for his career.

“The biggest thing for me is getting my foot in the door at the Division I level,” McLemore said. “That was an easy no-brainer in the decision-making process. I know that it’s going to be more beneficial to my career and more beneficial to me growing as a coach.”