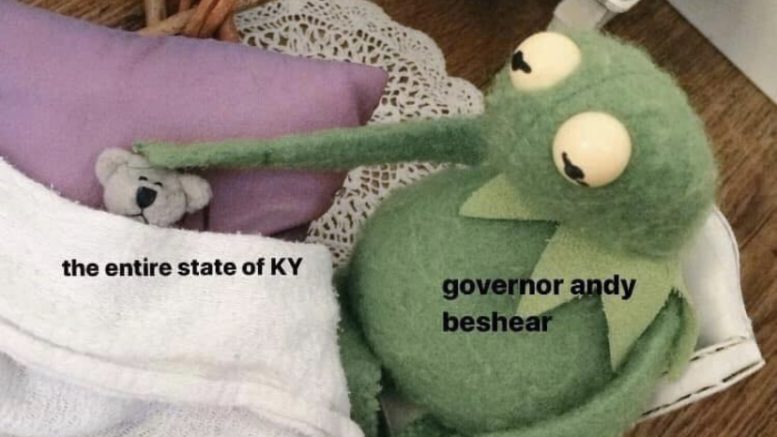 Kentucky Gov. Andy Beshear has received nation-wide praise for his quick handling of COVID-19. He became so popular that a Facebook group dedicated to memes about him was created.

The page, “andy beshear memes for social distancing teens,” has gathered almost 135,000 members within a few weeks and each post gathers thousands of likes. It supports many of Beshear’s proposals of how to stay healthy during the pandemic.

“Jeremy and I want this to be a space where we can enjoy creative and wholesome memes, cheer on Andy Beshear and folks across Kentucky who are taking positive and proactive steps to keep people safe and look out for one another at a really difficult time for all of us,” according to Line’s Facebook post to the group.

The group encourages positivity and stresses to its members that their memes should not contain misinformation.

Many Murray State students have become avid followers of the group.

“They make my day better,” said Edie Greenberg, junior journalism major. “I love scrolling through Facebook and seeing the memes shared. It takes my mind off of these scary times.”

Greenberg said knowing that Kentucky has a governor like Beshear makes her happy. 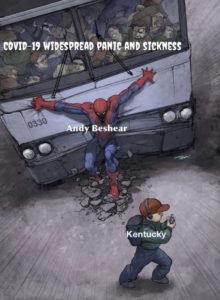 Beshear has been quite the trendsetter for dealing with the virus. From stressing social distancing to closing all nonessential businesses to sending schools to all-online teaching, he has shown his care for the health and safety of his constituents.

The meme page also advocates for support of those in political offices and businesses deemed essential by raising awareness that these workers are putting their best foot forward and working extremely hard.

While acknowledging the seriousness of COVID-19, this meme group allows people to praise Kentucky’s governor in a lighthearted way.

Beshear is aware of the meme group and spoke about it in one of his daily livestreams to his constituents.

“If it makes people smile right now, I’m for it,” Beshear said.

Many people look forward to seeing the memes on their timeline. In a time of social distancing and stress, the memes provide a positive outlet to let out a laugh and support Beshear.

Gauging Gage: Amateurism is coming to an end in the NCAA