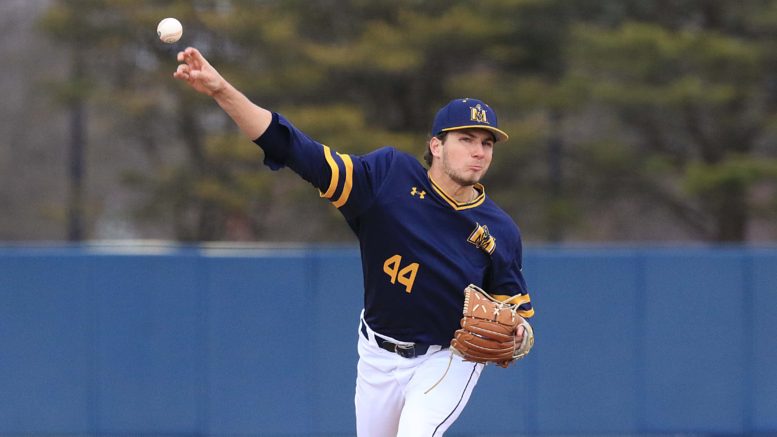 Murray State baseball remains winless on the road after a 9-8 loss against the University of Kentucky on Wednesday, March 4.

Despite the loss, the bats were hot for the Racers. Four individuals had multiple hits. Junior infielder Bryson Bloomer and senior outfielder Brock Anderson both had three hits and Anderson had a pair of RBIs as well.

The Wildcats’ consistent scoring outdid the Racers in the first half of the game. They scored one run in the first inning, two in the second and four in the third before the Racers finally kept them to zero in the fourth.

The Wildcats tacked on another run in the fifth, making the score 8-6 going into the ninth inning. Bloomer pushed one run across in the ninth with a single to right field before Anderson continued to deliver for the Racers with an RBI double. The game went into the bottom of the ninth with the score tied 8-8, putting the pressure on the Wildcats to walk it off, which they did on a homerun to left field.

Head Coach Dan Skirka said the scoring early on and the pace set by the top of the lineup were things he was glad to take away from the loss.

“[The] top of our order did a phenomenal job,” Skirka said. “Not chasing anything, got their pitch and we got a couple extra base hits. Perkins hit the home run, Brock had a triple [and] they really set the tone for the game. I thought we had good at-bats all night.”

Early in the season, Skirka said he was not a fan of moral victories and admitted, “this one stings.” Still, Skirka was pleased with the way his bullpen dealt with the strong Kentucky hitting to the end.

“Our bullpen did a great job,” Skirka said. “Ryan Fender got out of a jam. We went through Holden, who did a great job, and then Jones made them look stupid for the first two batters. Got two quick outs, then 2-1 fastball. Left it up in the zone and the guy snuck it just over the fence in left.”

The Racers hope to keep swinging and get the best of a three-game series against Austin Peay on Friday, March 6, in Clarksville, Tennessee. 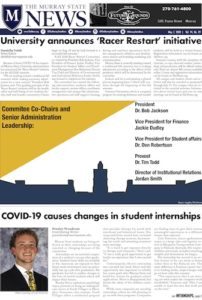