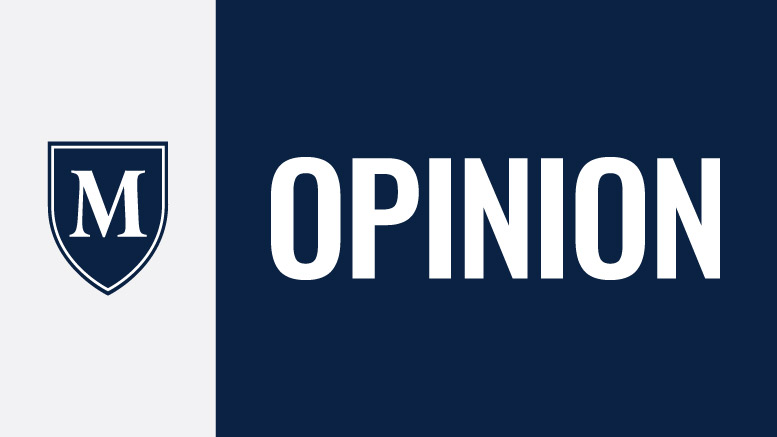 Among 45 million Americans, the student debt crisis is currently at $1.6 trillion.

Let me say it again in a different way: 45 million Americans collectively owe the government $1.6 trillion purely for furthering their education and, through relation, their future.

Recently, President Donald Trump proposed his budget for 2021 to Congress. In this most recent season of White House drama, the president is pushing for the elimination of the Public Service Loan Forgiveness program.

PSLF is the prime student debt forgiveness program in the nation that was established in 2007 under former President George W. Bush. The program’s purpose is pretty self explanatory—to forgive student debt. Full-time employees working in eligible federal, state or local public service or nonprofit jobs who have made 120 payments on time over the course of a decade are eligible to have their student debt forgiven.

Trump and the Secretary of Education, Betsy DeVos, are hoping that this proposed elimination of PSLF will help balance the needs of taxpayers and loan borrowers alike.

Accompanying the removal of the PSLF would be the end of subsidized federal student loans and a limitation to annual lifetime student loans for graduate students and parent borrowers. Trump’s new budget would also allow undergraduates to become eligible for debt forgiveness after fifteen years post-graduation, and would expand the eligibility for the Pell Grant.

Changes would also be seen in discretionary funding for Historically Black Universities and Colleges and support for the Borrower Defense Rule (which offers students relief from loans they borrowed based on fraudulent and misleading information given to them by their university).

These changes are part of a $5.6 billion decrease in funding for the Department of Education. That’s over a seven percent decrease from the previous year’s budget. 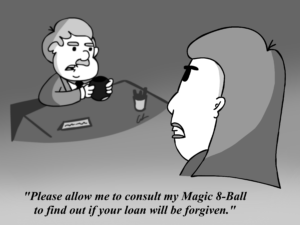 And still, the biggest change is the elimination of the PSLF. Those arguing against the removal suggest that this could harm the public service workforce; knowing that they are eligible for debt forgiveness is a large draw to public service positions, so losing that could potentially lead to people looking to other workforce positions as a means of more easily paying off their student debt.

Where would we see this effect the most? The U.S. Armed Forces, police officers, firefighters, prosecutors, first responders, public defenders and that has only scratched the surface.

Who else will this affect? Professors and teachers.

What Kentucky went through with former Gov. Matt Bevin’s pension plan could happen again, this time on a nationwide level. Professors and teachers, who have gone thousands upon thousands of dollars in debt to further not only their own education, but the education of so many. If this budget gets passed, the financial plight of those professors and teachers would seemingly be ignored by their own government. Ironic—the same people making this budget couldn’t have possibly gotten where they are in life now without the help of those professors they are now doing a disservice to.

Public service workers, including current professors, would be safe from the change (so long as they don’t plan on taking out future loans).

So, what about current students? I suppose that answer is quite obvious.

Any thought of debt forgiveness through PSLF would be futile as the program would be gone.

At the end of the day, many questions are brought about by this $5.6 billion decrease in Department of Education funding. One in particular stands out—is education a right or a privilege?

The United Nations wrote out a list of fundamental human rights; this list is called the Universal Declaration of Human Rights. Written out are a plethora of basic human rights: home, family, fair trial, nationality, a living wage, the list goes on.

Article 26 is quite clear about education.

“Everyone has the right to education,” according to the very first sentence of Article 26 of the Universal Declaration of Human Rights.

One would think, maybe even assume, that “everyone” means just that—every single living, breathing human being on this planet has the right to an education. But, we all know what happens when you assume.

The Trump administration would see education as a right… for those who can afford it. For those working two jobs to keep their family under roof and food on the table, education is not a right, rather a privilege that they should have worked harder to earn. For the single parent working to keep the lights on, they should have tried more to earn that privilege. For the minorities that are refused jobs because of the systemic racism and prejudice woven throughout the nation, they should have worked harder to earn that privilege.

Thank you, Trump, for reminding me what assuming does.

The state of Murray State