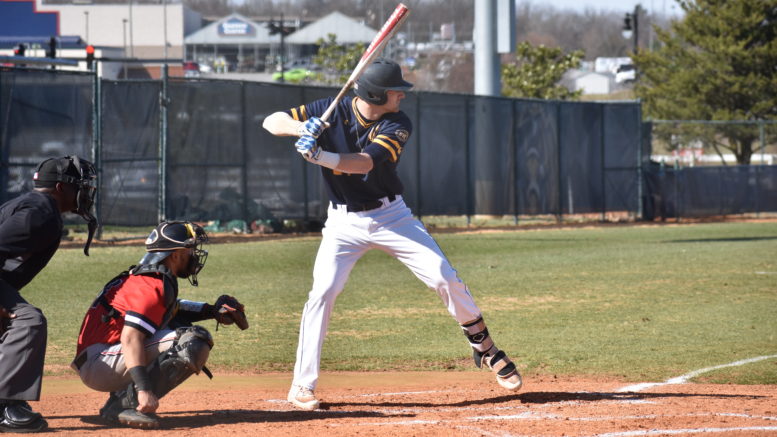 The Racers will kick off the 2020 baseball season with a three-game series against Southern Mississippi University on Friday, Feb. 14.

The Racers haven’t played Southern Mississippi since 2015, when the Golden Eagles took all three games in the season opener. Meanwhile, Southern Mississippi has built a highly reputed program, winning 40 or more games four seasons in a row. The Golden Eagles had an eye-opening postseason run last season, when they won their conference title and played deep into regionals, losing to Louisiana State University 4-6 on June 2, 2019.

The Golden Eagles were a stellar group on the offensive end, chalking up an impressive 426 runs on 611 hits. They had five players hit over .300, led by redshirt sophomore outfielder Gabe Montenegro, who hit .342 with 6 home runs and 26 RBIs. Montenegro also led the team with 81 hits. Another big bat returning for the Golden Eagles is senior second baseman Mathew Guidry, who hit .297 with 8 home runs and 47 RBIs. Sophomore third baseman Danny Lynch is also looking to continue to produce offensively after a strong freshmen season where he hit .296 with 40 RBIs.

Despite the returning strength in the lineup, Southern Mississippi  lost some key players, such as former outfielder Matt Walner, who was the No. 39 pick in the Competitive Balance Round A for the Minnesota Twins. Walner finished his junior season hitting .323 with a team high 23 home runs and 60 RBIs.

Former catcher Bryant Bowen is another name absent from the Golden Eagles’ lineup, having transferred to the University of South Carolina for the 2020 season. In 2019, Bowen hit .341 with 11 home runs and 51 RBIs. Former outfielder Hunter Slater makes up another loss for Southern Mississippi. The outfielder graduated following the 2019 season, leaving behind a solid hitting line of .302, 11 HR, 59 RBIs.

Meanwhile, the Golden Eagles solid pitching staff is mainly intact coming into 2020. As a freshman last season, pitcher Gabe Shepard threw 30.2 innings and struck out 46 batters. He finished with a 3-0 record and a team-low 2.35 ERA. Senior pitcher Walker Powell was another major presence on the mound, throwing 99.1 innings and striking out 73 batters. The Golden Eagles look to him to lead the way his senior year after finishing the 2019 season with a 6-2 record and a 2.81 ERA.

While it won’t be an easy way to start the season, Racers Head Coach Dan Skirka stated he is looking forward to taking on such a formidable program.

“We’re excited,” Skirka said. “Anytime you get to play somebody that’s a regional type team, you get to see where you stack up. We’re excited about going down and getting some warm weather. They just turfed their field, so we’re going to get a Thursday practice, and then Friday, Saturday, and Sunday games, so we’re going to get four good days of baseball down there, and that’s what I think we’re most excited about.”

The first of the three-game series is set to start at 4 p.m. on Friday, Feb. 14 at Hattiesburg, Mississippi.

Racers fall to 3-4 at the hands of Kennesaw State