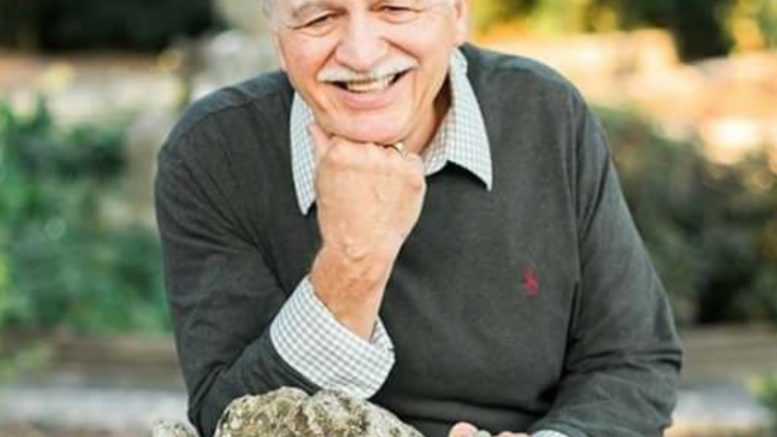 William Koenecke, former Murray State professor, is still finding ways to help and instruct students on campus after his retirement thanks to the books he has published.

Koenecke first came to Murray State in 2001 and worked as an assistant professor until retiring in 2012. Even before his time at the University, Koenecke’s career path mainly centered around education, having previously worked as a chemistry teacher, high school principal and superintendent.

For many years, Koenecke has wanted to write and publish at least one book. While Koenecke was a more-than-competent science student, English wasn’t his strongest subject, though he has been an avid reader since he was a child.

“I really didn’t see the need to practice good grammar, punctuation and writing in science,” Koenecke said. “I’ve been a fact person and still am a fact person.”

One of Koenecke’s duties as superintendent was to interview possible candidates for the role of both teacher or principal. Koenecke often noticed that several applications submitted consisted of lackluster grammar, incorrect punctuation and poor writing skills.

“They didn’t make the cut,” Koenecke said. “So I was interested in why these people were not prepared in these critical skill areas. Sometimes they appeared to have good credentials in other areas, but they never got the opportunity to tell me.”

Upon moving to college teaching, Koenecke found that many of his students had similar problems. Wanting to give his students a fair chance, Koenecke came up with the idea of a cheat sheet to aid them in basic English grammar and punctuation.

“It didn’t seem to decrease the errors,” Koenecke said. “I posted the cheat sheet on my professor website. However, again, I didn’t see very much improvement.”

In response to this, Koenecke dedicated seven years to write his first book: Write Well Write Now: A Guidebook on English Grammar, Punctuation, and Writing. Rather than being a normal college textbook, it was a reference book containing several examples, tips and exercises. A reader could simply go to the index, locate a question and be lead to whichever pages their answers would be on.

Koenecke is also currently hard at work on his next book, Over 77 Ways to Study Smarter and not Work Harder! Improve Your Study Skills in Minutes a Day! Koenecke describes the work-in-progress publication as more of a workbook than a textbook, which will go over how to use a course syllabus as a road map of a professor’s expectations, including that of assignments, class policies and types of tests.

“Ben Franklin many years ago said, ‘If you fail to plan, then you are planning to fail,’ Koenecke said. “Long-range planning must begin on the first day of class. Planning out your semester using your syllabi as road maps will help you reduce confusion and anxiety by exactly defining the demands you will face in each course. It will help you ‘Study Smarter and Not Harder!’ And you will be able to ‘Improve Your Study Skills in Minutes a Day!’”

Life Is a Miracle