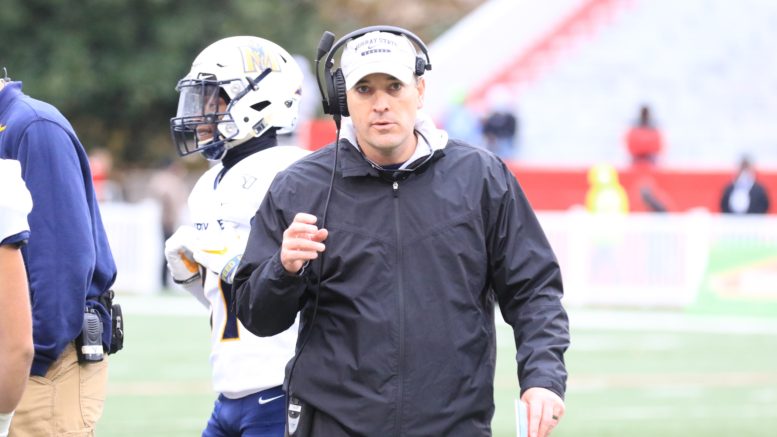 Mitch Stewart owned a record of 19-37 in his time as head coach. (Photo courtesy of Racer Athletics)

Following the end of the 2019 football season, Mitch Stewart has been removed from his position as head coach and will be reassigned to a separate position in the Murray State Department of Athletics.

Following a 2018 season record of 5-6, hopes were high for Stewart’s fifth year as head coach. However, this season’s record of 4-8 left the Racers with much to be desired.

Murray State Director of Athletics Kevin Saal addressed Stewart’s reassignment by first recognizing his contributions over the past ten years. Before becoming head coach, Stewart served first as a wide receivers coach in 2010 and then as an offensive coordinator up until the 2015 season, when he assumed the role of head coach. Stewart’s record over five years as head coach was 19-37.

“I want to thank Mitch and Rikki Stewart for their contributions to Murray State Football and investment in the lives of our student-athletes over the last 10 years,” Saal said. “Their sacrifice and effort have built a foundation from which we must grow and improve upon as a program.”

Saal says he will not make a timeline for when the search for the Racers next head coach will come to a close.

“We will conduct an efficient national search for our next head coach,” Saal said. “We will not impose an artificial timeline for the search process. Murray State will have no further comment until the search has concluded.”

Racers to compete in Gulf Coast Showcase on Thanksgiving week