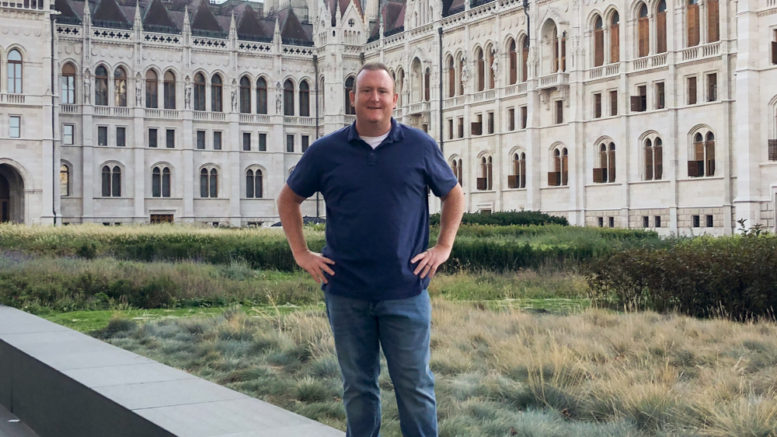 Professor of Post-secondary education Ben Littlepage has just finished his first stint in Hungary and plans to return with the Fulbright program in the last two weeks of March.

Through this program, Littlepage lectures at different universities around the world and worked with the University’s administration to implement programs that were discussed in September.

Although Littlepage was in Hungary to teach, he spent most of his time observing students and different schooling techniques.

“Anytime I walk into a new campus, the first thing I look at is how students interact, how students are engaged on campus,” Littlepage said.

He also explained the different education techniques he observed. For example, at the university he visited in Hungary, students did not have assignments during the semester. Instead, they just attended class and took notes. Their whole grade was based on an exam at the end of the semester.

“Some students take the semester seriously and go to every class,” Littlepage said. “Some students, like at any campus, are more involved in the social aspects of college.”

One of the places that showed him a new perspective was South Korea when he visited last summer. With this experience, he wanted to find a way to make international students feel more at home on the Murray State campus. He also took a group of graduate students with him. Littlepage and his students spoke about changes that could make transitions for international students smoother at Murray State, and some have been implemented, such as translated housing applications.

He also noticed school pride is not as strong as it is in the United States. Many students do not own an item with the school name or logo on it. There are also no sports teams.

Although one thing he has noticed everywhere is that if the school does not organize things for the students, the students will do it themselves.

“Either way students are going to organize themselves,” Littlepage said. “If you go out past 11 o’clock at night, you will see students with similar interests together.”

“If you were a student in Hungary, and you wanted agriculture, you went to this institution,” Littlepage said.

Most of the interesting parts of his travels were outside of the school, such as the diversity of crops grown in Hungary. There they grow everything from corn and soy to fields of thousands of sunflowers for the seeds.

While in Hungary, Littlepage visited several parts of the country, experiencing everything from Budapest to the rural villages.

“One of the things I noticed about international communities is that people take pride in their country and are very knowledgeable in their history,” Littlepage said.

He also spoke about how riding public transport will give a person more knowledge of the country and its people. Although his primary objective while he was there was to be with the university and work, he got a broader picture of the country by taking transportation and connecting with people.

“Professionally, having the opportunity to share what we do in the United States, and understanding that our model for higher education is unique, and knowing that some of the things we do in the States can benefit a different system of higher education,” Littlepage said.

Littlepage continues to work with the administration on higher education  in regards to finance and planning in order to benefit students, as well as globalization.

“I had an opportunity my fourth day there to speak to a student from Iraq,” Littlepage said. “I was the first American he had ever met that did not wear a military uniform.”

These experiences gave Littlepage a different perspective on the entire world and what it is to be an American.

He is extremely grateful for the opportunities the University has provided for him. Whether he’s learning professionally, personally or spiritually, these experiences are something he will never forget.

Anderson going to Estonia with help of Fulbright Scholar Program