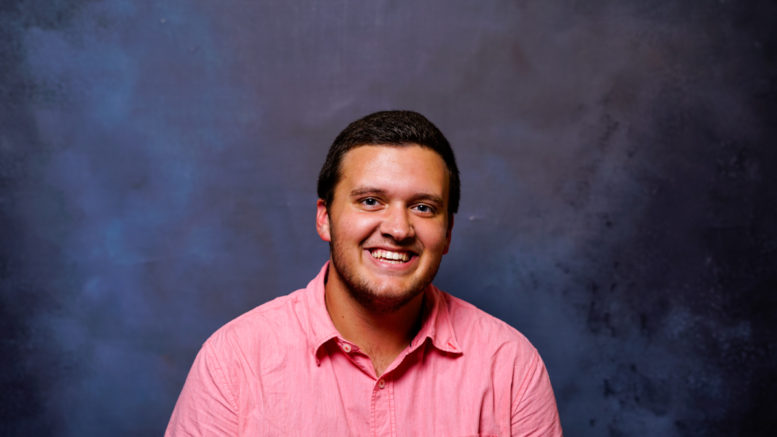 According to bylaw 12.02.11 of the 2019-20 NCAA Division I Manual “A professional athlete is one who receives any kind of payment, directly or indirectly, for athletics participation except as permitted by the governing legislation of the Association.”

While there have been multiple court cases fighting against amateurism, the movement that California has begun poses the NCAA’s biggest threat to date.

The new Act guarantees that college athletes can profit from the usage of their name, image and likeness. The Act also allows players to sign an agent and representatives to help earn commercials and other means of profit.

During the episode, Newsom said the NCAA is a little panicked with the signing of this Act and what it could mean for the future.

“They recognize that they’re vulnerable,” Newsom said. “The gig’s up. Fourteen-plus billion dollars goes to these universities, goes to these colleges, billion-plus revenue to the NCAA itself. The actual product—the folks that are putting their lives on the line, putting everything on the line—are getting nothing.”

There have been plenty of court cases, such as O’Bannon v. NCAA and Jenkins v. NCAA  and the class-action lawsuit filed against Electronic Arts and the NCAA for the usage of players in video games. That lawsuit ended in a $60 million settlement paid by EA Sports that attacked amateurism. While the video game lawsuit ended well, O’Bannon v. NCAA and Jenkins v. NCAA were both turned down by the U.S. Supreme Court. So what makes the Fair Pay to Play Act different?

The Act being passed as a state law makes it illegal to forbid players to receive compensation for the usage of their identities, thus giving the NCAA no chance to deny the players any profit gained through collegiate athletics.

Coming from someone who used to think the idea of paying student-athletes was absurd, I see a lot of pros and a lot less cons to the Act if passed nationwide.

First things first, major athletes who get constant coverage—i.e. Zion Williamson and Ja Morant this past year—will be rightfully awarded compensation for the hours and hours of coverage they receive from sports media outlets across the world.

This would also allow the communities around these schools to increase profits in their businesses by aligning themselves with college athletes through sponsorships.

Consider the amount of business that local places in Murray, such as Matt B’s, Sammons’ Bakery and Dumplin’s, would’ve received last year by having Morant in their advertisements.

Rich Paul—the founder of Klutch Sports Group, which represents athletes such as Lebron James, Anthony Davis and Ben Simmons—feels this would be a great learning experience for collegiate athletes.

“I believe that it’s the beginning of an educational process for the athlete,” Paul said. “Because they get to the highest level and they’re uneducated on the business of themselves as an individual. If they’re able to attain some type of compensation, it helps them understand the business aspect of it there.”

This  would give student-athletes an opportunity to learn how to manage their money, rather than being thrust straight into the potential millions they could earn in professional leagues.

However, not everyone is a huge fan of the Fair Pay to Play Act. Gonzaga University men’s basketball Head Coach Mark Few is one of them.

He recently sat down for an interview with Jeff Goodman of Stadium. While he made it clear that the topic is very complex and that he thinks the NCAA has some good people working on trying to create the right solution, he’s not a fan of Newsom’s involvement.

“What I find totally disappointing and disgusting is that a governor is wasting his time grandstanding around about something that he really doesn’t understand when 0.0001 of his constituents will be affected by this,” Few said. “He should probably stay in his lane like I tell my players and figure out homelessness, and I think he’s got a state that borders Mexico so get that mess figured out, and the budget and some things like that.”

Meanwhile, Duke University men’s basketball Head Coach Mike Krzyzewski released a statement that seemed to be in favor of the players’ opinions. In the lengthy statement, Krzyzewski said that while he may not understand all the complexities within the situation, he feels the NCAA has not always responded in the players’ best interests and needs in a swift manner.

The major underlying con to this bill being passed would be the massive amount of uncertainty of whether or not schools could compete in the NCAA.

The Act goes into effect on Jan. 1, 2023 and will seemingly make California colleges and universities not members of the NCAA unless the organization’s bylaws are changed.

Since the Act’s announcement, Kentucky and Florida representatives have made it known that they are drawing up similar bills for their states.

This brings colleges and universities and the NCAA to a crossroads. If schools that decide to pass bills like the Fair Pay to Play Act  in the future, they will have a large decision to make. They will either have to secede from the NCAA and find a way to still play, or the NCAA will have to change its bylaws to accomodate all schools. If they don’t accommodate these schools, they risk becoming obsolete if the schools decide to form an independent league.

The next step for these schools and the NCAA is something that fans, athletes, business owners, schools and politicians will be anxiously awaiting. In the end, people just want what’s best for the players… and NCAA football and basketball video games back.

‘Breds fall to Jacksonville State in last game of series