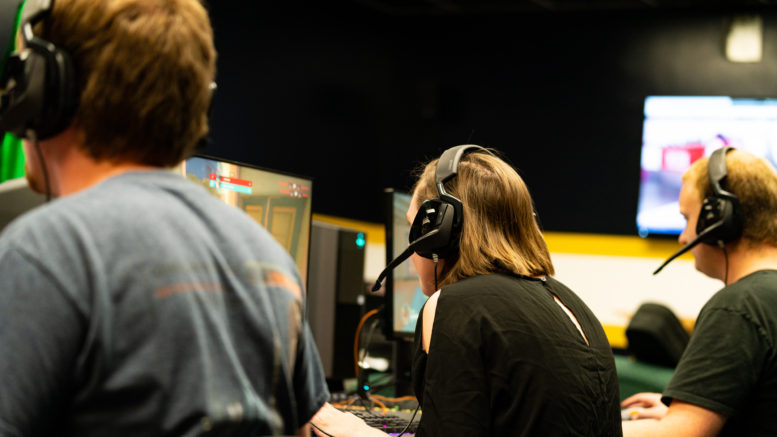 The Murray State Esports Team Advanced to the Second Round of the Tespa Play-in Tournament.(Richard Thompson/TheNews)

After two years of planning and a 16-page proposal, esports at Murray State is finally a reality.

They took it straight to Danny Claiborne, the chair of the institute of engineering, who agreed that esports is exactly what the University needed.

“At every level all the way up to the president, we’ve had very positive support for esports,” Claiborne said. “Then when I met Sean and started really getting involved… my mind was actually sort of blown away at what esports is doing on campuses.”

Soon after, university funding was created for the program. Room IT 224 in the College of Science, Engineering and Technology is now the lab for esports. Mitchuson and his crew were also able to buy heavy-duty gaming equipment for the team.

“Four computers are part of the new equipment along with keyboards, headsets and we have some mice coming as well,” Mitchuson said. “It’s probably about $30,000 worth of equipment, so we’re really happy to have it and we’re really trying to take a lot of good care of it.”

The new lab and equipment have more uses than just gaming. Claiborne is allowing the Department of Computer Science and Information Systems and the cyber security classes to use the lab so funding can be further supported.

“We’re going to use the lab for academics through the day and when they’re not in use for students and students’ study then the esports will be able to use it for social clubs and our varsity team,” Claiborne said. “We will use the spaces together. Therefore, the academic funding can support both activities.”

With the new equipment, the esports club wants to expand, but Claiborne is holding back because of its quick growth.

“We anticipate that this will grow an incredible rate,” Claiborne said. “We are already, by September, where we thought we would be in May at the end of this year. Esports is growing at a pace that we are currently not prepared for, but we’re excited about where we’re headed.”

Junior club captain Cole Fletcher wants to drive home that everyone is welcome.

“We make sure that people know it’s not just competitive, it’s suppose to be casual too,” Fletcher said. “We have our competitive teams, but for the most part our Discord channel is for casuals. Most of our members there are casual players, so it’s nothing necessarily serious. We want it to be a fun place for everybody to just join in, have fun, meet new people and socialize.”

The esports club plays many games as of now, including Overwatch, League of Legends, Apex Legends, Call of Duty and more. The team already has players who are nationally ranked in their respective games. Freshman Mason Purcell is one of the top Magic: The Gathering players in the nation.

The team is currently preparing for an Overwatch tournament, run by Blizzard Entertainment, here at the University in room IT 224 and the Freed Curd Auditorium on Saturday, Sept. 21, at noon.

Fletcher admitted that the signup was a little confusing only because of complications with Tespa, a collegiate gaming association.

“Our first email we got back was, ‘You’re not eligible for it,’ and then not even three minutes later, we got an email saying, ‘Hey, guess what, you’re invited to qualifiers and can potentially be in our varsity series later on,’” Fletcher said. “It was pretty much just, we signed up and got lucky, I guess.”

Mitchuson hopes to have a nice crowd there to watch the event.

“We will have two shout-casters, Monty Kennedy and Seth McDaniel,” Mitchuson said. “They will be announcing everything as it happens live in Freed Curd for Family Weekend and anybody that wants to come by and check it out.”

Any student that is interested in esports can visit murraystate.edu/esports for more information.

Flomo says he might transfer because his doctors cleared him