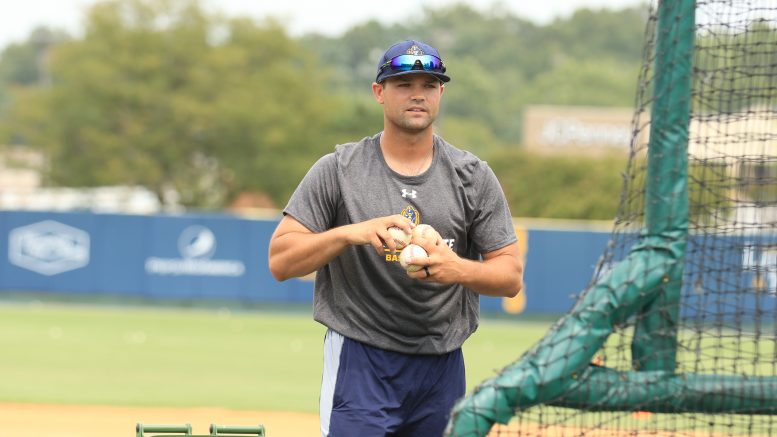 Booth, Southaven, Mississippi, hit .265 in 54 games with nine home runs and 37 runs batted in at Northwest Mississippi Community College. He also made his mark behind the plate, throwing out 17 base stealers in 34 attempts as a sophomore.

Crump, Grand Rapids, Michigan, In his two-years at Kellogg Community College, he hit .320 with five home runs and 94 runs batted in and was named to the All-Regional Tournament Team.

Hudleson, Henderson, Nevada, helped lead the College of Southern Idaho to a third-place finish at the JUCO World Series while being named to the All-Scenic West Athletic Conference first team.

McPhee, Acworth, Georgia, at Georgia Highlands Junior College hit .411 with 12 home runs and 25 doubles and was named the Georgia JUCO Player of the Year in 2019. He was also named to the Georgia JUCO Gold Glove team.

Gardner, Shelbyville, Tennessee, graduated from the University of Alabama last year, but before that earned First Team All-TCCAA honors after going 9-0 with a 2.00 ERA and 72 strikeouts as a sophomore at Walters State Community College in 2016-17, where Skirka was, at the time, an assistant coach.

Litzelman, Hotchkiss, Colorado, made 25 appearances for Nebraska Community College including 13 starts as a sophomore. He was named to the All-Nebraska Herald Junior College team after going 4-5 with a 4.97 ERA in and 57 strikeouts in 67.0 innings pitched.

Pennington, the University of Tennessee transfer from Murfreesboro,Tennessee, was the Daily News Journal MVP and was named a DNJ All-Area utility player at Oakland High School.

These reinforcements come after a season in which the Racers finished 24-31 and had their season ended in a game eight OVC Tournament loss to Morehead State.

Dan is the man for Racer baseball