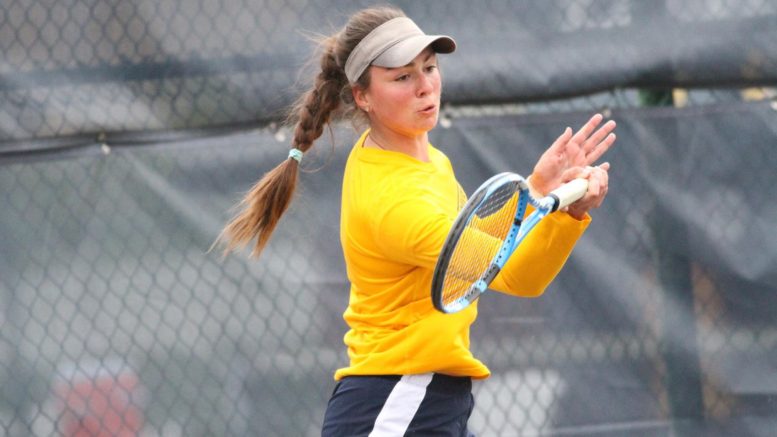 The Racers tennis team added its 11th and 12th wins of the season when it beat SIUE 5-2 and Eastern Illinois University 6-1.

In doubles, junior Claire Chang and senior Jeanne Masson got the first set 6-1. Senior Amina Hadzic and junior Sara Loncarevic secured the doubles point for the Racers when they won their set 7-6.

Sara Loncarevic got the Racers their first singles win when she won 6-2, 6-3. Hadzic added another win shortly after 6-4, 7-5. Sophomore Aarja Chakraborty added yet another close win 6-2, 7-6.

Murray State now sits at 12-7 overall with an OVC record of 6-1 that puts them at second in the conference. A win over Austin Peay State University in the Racers next match would give each team a share of the regular season OVC Championship.

The Racers will cap off the regular season against the Governors at 1 pm at Bennie Purcell Courts on Friday, April 19.

Women 2-0 of win over Purple Aces