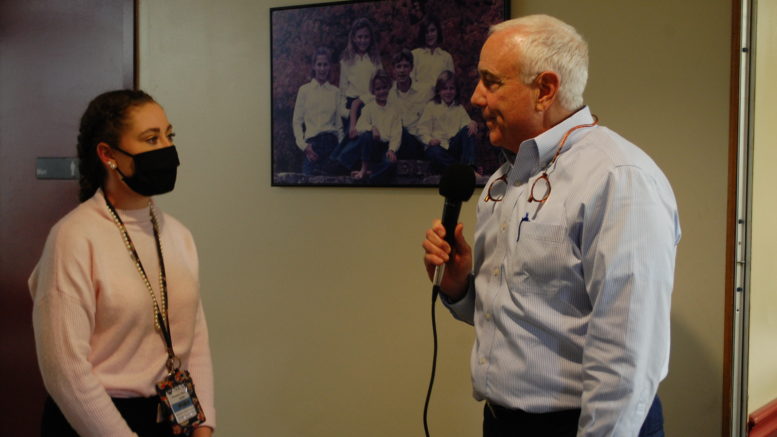 COVID-19 has been causing problems since March. The Calloway County Democratic party fell victim to it when their election night gathering event was canceled.

Gov. Andy Beshear said Kentucky has had a total of 103,305 cases of COVID-19.  Sixty-eight counties were designated as “red zone” counties because of the number of COVID-19 cases present, including Calloway County.

“Well, we just thought about the COVID numbers and the guidelines about not having gatherings right now,” Roberts said.

“Do not host or attend gatherings of any size” are one of the “red zone” county recommendations, according to Kentucky Public Health.

The Democrats had planned to gather, eat and watch results at the Higgins House on Main Street.

“For me and my campaign I was just going to make some curry for everyone up there,” Roberts said. “We were just going to wait for the numbers to come back and talk about all the work we did.”

While the Democrats canceled its party, the Republicans still held its gathering at 6 p.m. Tuesday at Pagliai’s. The election night was filled with excitement and enthusiasm for the outcomes.

Those in attendance ate pizza as they watched Fox News. The crowd, consisting of people of all ages, cheered when a state flashed red on the screen. Very few in attendance wore a mask.

Overall many viewed this election different from previous years.

“It is really different this year,” said Mary Beth Imes, 5th District state representative elect. “Always before when my husband Kenny Imes has run, we have gone door-to-door. That wasn’t a good thing to do with the COVID and all.”

No matter the results, Roberts wanted everyone to come together despite the cancellation of the Democratic gathering.

“Win or lose I am going to be working on the same issues that I have highlighted; my role in that will be decided by the race,” Roberts said. “No matter the side you have to continue to be an active part of healing for your community, neighbor and world.”

Roberts says regardless of the outcome she will be fine knowing her party gave it all they had.

“Waking up tomorrow when the results are in, I want to be able to say that I did what I could and I feel good about what I did,” Roberts said. “I couldn’t have done it without all the volunteers and all the supporters that I’ve had. It was the hardest but one of the most rewarding experiences of my life.”