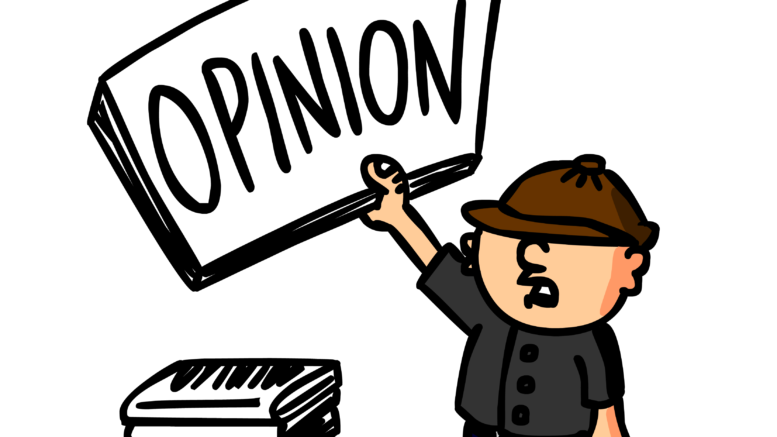 For generations, children have looked up to superheroes of every kind. Marvel, DC Entertainment, Image Comics, they’ve all produced characters that we wanted to be someday.

Today we beg the question, were we misled in our idolization? Those characters in comics and movies, T.V. shows and video games, do they deserve to be as adored as they are?

To answer this question, we must first make the most simplest of things, a pros and cons list. We’ll put the positives first; kids were allowed to, even told to, look up to these superheroes for a reason, right?

Firstly, superheroes (or, roughly most of them) tend to have a pretty solid moral compass. They work for the good of the people they so dutifully protect. They are dedicated to keeping the peace, despite the harm they may come to.

Heroes also tend to take their (oftentimes) traumatic past and aid children in learning how to handle their own trauma. For example, in Captain America: The Winter Soldier, we learn Sam Wilson, the Falcon, works as a group leader for veteran therapy groups. In Avengers: Endgame, Steve Rogers, Captain America, is a group leader for a grief support group. Tom King, a writer for the DC Entertainment universe, built an entire comic book, “Heroes in Crisis,” around the idea of heroes learning to cope with their trauma in a way that wasn’t purely detrimental. 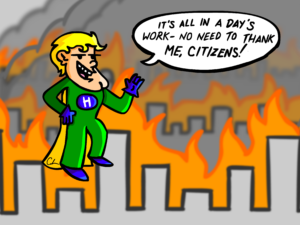 Another pro of heroes, especially as of late, is their lack of fear in showing emotion. Our heroes aren’t afraid to let the world see them cry, or mourn or feel scared. For each smile they show the audience, there’s a tear they allow to fall as well. In an age of toxic masculinity, that may arguably be one of the more important pros we get from superheroes.

Superheroes also teach children that it’s okay to need help. If you feel like you are struggling on your own, there is no shame in asking someone to help you. In just about every comic universe, there’s a team of heroes who know undoubtedly they are stronger together. The Justice League, the Avengers, the League of Extraordinary Gentlemen, the Teen Titans, the Watchmen, the list is seemingly unending. Even Superman needed some help from Batman sometimes.

For starters, I’ll offer a rebuttal to my previous pro of how heroes deal with trauma. Time after time, alcoholism is presented as their solution. This is seen in Iron Man, Thor: Ragnarok, Batman and more. Even picture-perfect Steve Rogers tries to drink away his grief in Captain America: The First Avenger. After Avengers: Infinity War, Thor becomes an alcoholic, unable to deal with the loss of his home, his family and the Avengers’ loss. Much of the time, rather than writing a superhero to confront and deal with their mental illness, writers allow it to spiral out of control. Writers for the screen and for books give superheroes mental illness post-trauma, which has backwardly contributed to the negative stigma surrounding mental health.

Superheroes seem to lack any sympathy for the environment around them, despite their devotion to the people in that environment. In their epic battles meant to save humanity, they often destroy entire cities, leaving people out of a job, homeless, starving, you name it. One could argue that the superheroes killed just as many innocent civilians through their ignorance of their surroundings as the villains they were fighting. This point seems to speak entirely for itself as the Marvel Cinematic Universe made an entire film revolving around this point. Captain America: Civil War’s whole plot is heroes taking sides after authorities decide regulation of hero action is necessary.

Popularized superheroes often glorify vigilantism (I’m looking at you, Spider-Man and Batman). It’s an example of how privileged we are in America to be able to glorify such a volatile idea. In other countries, vigilantism is a very real, very problematic occurrence. Terror groups seizing control of countries, drug cartels policing neighborhoods, these are things that happen. We turn a blind eye to it, though, because watching our friendly, neighborhood Spider-Man shoot webs at the bad guy and make a mockery of the police force is invigorating and “inspiring.” Even more crazy, most actual vigilantes in the United States are related to hate groups and terror groups, so why are we glorifying such a heinous idea by sitting idly by while children idolize these “superheroes”?

On a final note that may not relate much to idolization of heroes, many superheroes were born out of propaganda of the time. During World War II and the Cold War, writers created villains that were German or Russian, breeding prejudice so that readers would be more likely to support war efforts. Just something to think about.

In reality, the question of whether or not we should consider superheroes good role models is one that is and will continue to be up for debate. The argument will always be open. It just depends on what you think and where your beliefs lie. At the end of the day, superheroes will always be there.