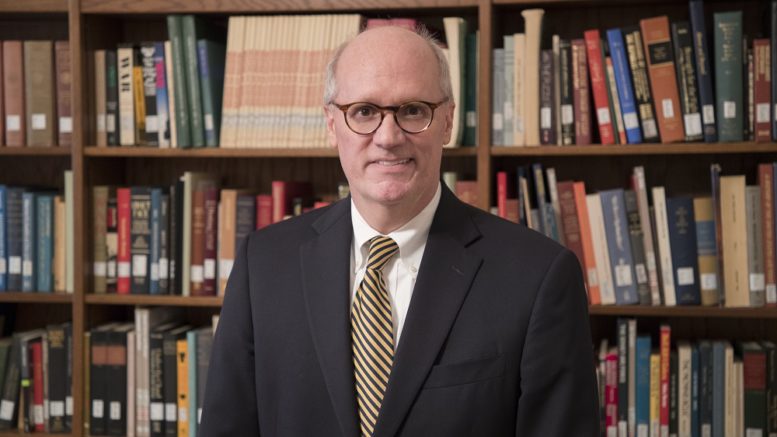 Jackson replaces Bob Davies, who resigned on Friday, Aug. 3 for the position of president at Central Michigan University in Mount Pleasant, Michigan.

Jackson is a 1985 graduate of Murray State and is currently serving as the president of the Murray State Foundation.

“I’m looking forward to working with our students in the weeks to come,” Jackson said in an email. “Murray State University is a special place. I came here as a student in 1981 and the university provided me many wonderful opportunities.  My desire is to see our students benefit from an excellent education, campus involvement and other experiences. In short, it’s why we exist: to serve our students and prepare them for a lifetime of opportunities.”

“We are grateful that Bob has agreed to step in as the interim president,” Board of Regents chair Susan Guess said. “We are confident that his leadership experience and passion for Murray State will help us develop a renewed sense of momentum as we begin the process of a national search.”

“I had numerous student recommendations for who students desired to become interim President and none of those were for Dr. Bob Jackson, so I decided to represent the students who had reached out to me as I promised them,” Payne said. “However, I encourage all students, faculty, and staff to rally behind Dr. Jackson as he begins his tenure. I will do the same to progress our university forward.”

Jackson has served in several roles throughout the University in the last decade, including co-chair of the 2015-22 Strategic Plan, associate vice president for institutional advancement and government relations.

At the end of the meeting, Jackson thanked the board members for their confidence in his leadership.

“This University has been here for nearly 100 years,” Jackson said. “I know that our entire campus community will rally in support of this fine institution. This is a special place. Our best days are in front of us.”

Jackson will begin his new role as interim president on Aug. 16, two days after the 2018-19 academic year begins.