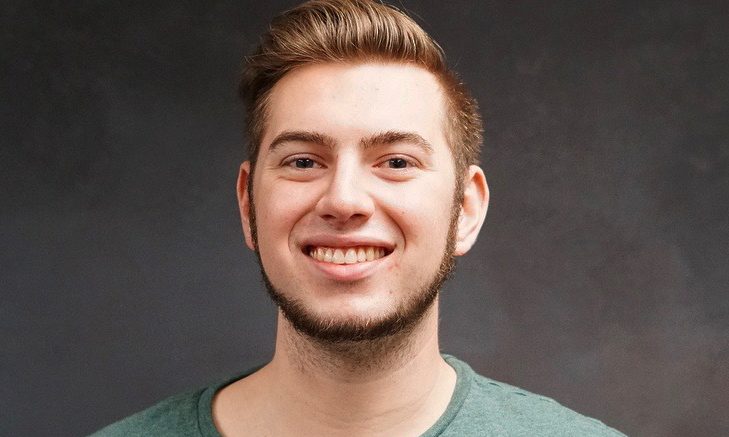 It all comes down to this. Murray State’s improbable 24-5 season and one of the nation’s longest winning streaks (11 games) will culminate this weekend in Evansville, Indiana.

The Racers will come into the OVC tournament with an OVC regular season title, a No. 1 seed and as a likely favorite, with KenPom.com giving the Racers a 47.3 percent chance to cut the nets. But as the past several OVC tournaments have shown us, anything can happen.

In 2016, an 18-18 (7-9) Austin Peay team entered the tournament as a No. 8 seed. The Governors strung together an unprecedented run to advance to the OVC title game, where they defeated UT Martin and clinched an NCAA tournament berth.

Last season, Belmont was the overwhelming favorite to conquer the field with a 15-1 conference record, but an unlikely foil in Jacksonville State thwarted the Bruins’ March Madness aspirations by eliminating them in the semifinals and advancing to win the tournament.

While I don’t believe this tournament’s field possesses any dark horses to challenge the Racers, there are a few higher-seeded teams that could pose a formidable threat to this Murray State team that practically ran the gauntlet in the OVC this season.

One of the two OVC teams to defeat the Racers this year, I believe Jacksonville State has the greatest chance of any team to upset Murray State. At the No. 4 seed and with an 11-7 record in the OVC, the Gamecocks don’t look like the best team on paper, but they match up well with the Racers. Surprisingly, ESPN even predicted the Gamecocks to win the tournament entirely.

Jacksonville State’s defense stifled Murray State’s top-ranked scoring offense in both meetings this season. Ranked No. 1 in scoring defense in the conference, the Gamecocks held Murray State to an average of 69.5 points in their matchups, an impressive amount considering the Racers average 79.6 PPG. Murray State was held to its lowest halftime totals all season in the two meetings with the Gamecocks.

The Racers’ team success is dependent on their success offensively, and if Jacksonville State can successfully slow down Murray State’s offense and force them to turn the ball over, they’ll be in a good position to steal this one. That said, they’ll have to get past their quarterfinal matchup against the winner of No. 5 Tennessee Tech and No. 8 SIUE first.

No. 2 seed Belmont should count themselves lucky they didn’t get paired in the same bracket as Jacksonville State, a team that beat them on two separate occasions this year. Nevertheless, they aren’t; and barring unpredictable circumstances, the Bruins should find themselves back in the OVC championship on Saturday night.

The field is just too weak, and Belmont is just too good not to advance. Austin Peay at the No. 3 seed is tempting, and is a remarkable feel-good story, but the Governors have been too inconsistent, and you can’t simply bet against Dylan Windler and Amanze Egekeze. In their last meeting, Belmont pummeled Austin Peay 83-59 while holding freshman guard Terry Taylor and senior forward Averyl Ugba, who average 15.2 and 15.0 PPG respectively, to just nine and six points.

Unless the duo of Ugba and Taylor can rally against the Bruins, I think it’s likely you’ll see the Bruins paired with the Racers in the championship game on Saturday. That’s not a hot take by any means, but it’s only logical. The rest of the OVC has simply been unable to spoil the duopoly of Murray State and Belmont over the duration of the season, and unless a team can put together a 2016 Austin Peay-esque type of run, we’ll be seeing a rematch of the 2015 OVC title game.

And isn’t that how it’s supposed to be? Two of the most storied programs in the OVC battling for a spot in the NCAA tournament. You can’t write it any better.

Given the two teams advance to the title game, we’ll be in for a blockbuster game. The two most potent offenses in the OVC squaring off for all the marbles. Arguably (but not really) the two best players in the conference, senior guard Jonathan Stark and Windler, will get to square off for the final time, and while the Bruins won in the last meeting, this one will be on a neutral court and Murray State is playing its best basketball of the season.

If the Racers hope to outmatch the Bruins, it’s imperative they stop Windler – although that’s easier said than done. Four of Belmont’s eight losses have come when Windler scores less than 13 points, so if the Racers can avoid a repeat performance from their Jan. 18 outing, where Windler dropped 21 points, they’ll be positioned to return to the tournament for the 16th time in program history.

Smith poised to bounce back from ankle injury