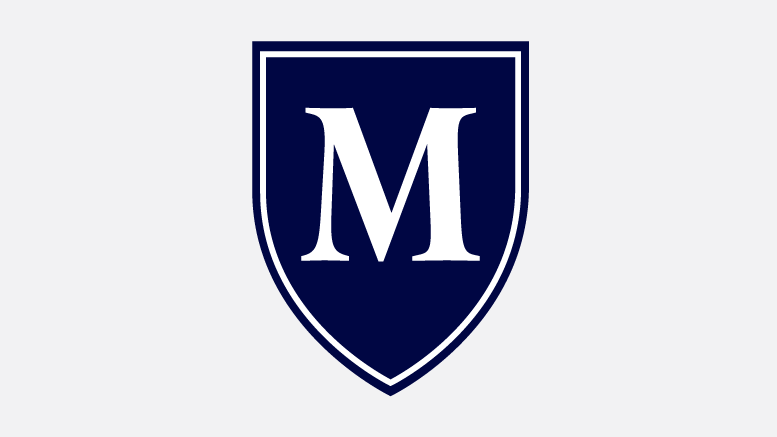 This semester marks the second year of decline in spring enrollment at Murray State, dropping 5 percent since last year. 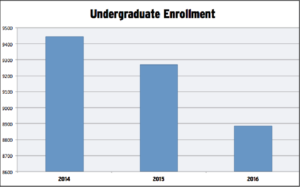 Despite the decline in enrollment, transfer applications and acceptances are up.

“This is encouraging for the Fall 2017 freshmen and transfer classes and hitting our enrollment targets,” said Fred Dietz, associate vice president of enrollment management. “Last year we were up in freshmen applications as well, and we were able to hit our freshmen enrollment target.”

The freshman retention rate rose from 72 to 74 percent last year.

Though lower enrollment affects the university in many ways, Dietz said the loss of tuition revenue is the hardest hit area. Steps are being taken to increase enrollment and capitalize on increased retention in the coming years.

Of the 189 fewer students in graduate programs this spring, 126 were international students. He said the decline is a trend being seen across the country.

“As to why our domestic enrollment is down, part of it is competition from schools that have lower tuition rates than we do,” Pervine said. “Part of it is the economy.”

Pervine said he has noticed students are joining the workforce sooner, which contributes to declining postsecondary education enrollment numbers.

This is the first year significant drops occurred, although Pervine said graduate enrollment started trending down about two years ago.

The Education Advisory Board, a higher education consulting firm, is working with enrollment at Murray State. Dietz said the board will analyze the transfer operation and make recommendations regarding recruitment and admissions.

Accelerated programs are being considered, plus Pervine said more courses will be offered online in the future.

When considering the decline in international enrollment, Renae Duncan, associate provost for undergraduate education, said it is a painful drop.

“It is a large enough drop that we miss those students and would like to have them back,” Duncan said.

Dietz said fewer international exchange students came to Murray State in the past year, attributed in part to the Brazilian and Saudi Arabian governments reducing sponsorship for students studying in the United States.

“A lot of the drop is truly out of our control,” Duncan said. “It lies in the other countries not sending as many students to the United States.”

“We just simply couldn’t fit that many students and do a good job,” Duncan said. “Our number one job is to provide a good education.”

Duncan said a team of international recruiters from the Institute of International Studies  meet with ambassadors from different countries in Washington D.C. and attend international conferences to discuss exchange programs on behalf of the university.

“Even though our numbers are down, we do a fantastic job, and that’s because it’s so important to us,” Duncan said.