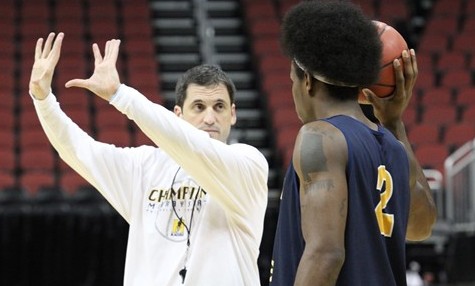 “Our fans have normally had a chance to see the team after about 10 days of practice,” MSU Associate Athletic Director Paul Bubb said. “Since Fan Jam was replaced by ESPNU’s Racer Madness this year we had not planned a time when fans could stop in and see the team. This is also a great time for our fans to pick up season tickets. Coach Prohm opening practice up this week will be a good chance to see the team now that formal practices have begun.”

Season ticket pick-up and ticket sales will start at 3:30 p.m. at the ticket office in the CFSB Center.

The Racers’ season is just around the corner. MSU plays a home exhibition game with Freed-Hardeman (Nov. 5) at 7 p.m. before hosting Brescia in the season opener (Nov. 9) at 7:30 p.m. The opener is part of a double-header at the CFSB Center with the Racers women’s team opening the season with Western Kentucky at 5:15 p.m.

Down the stretch he comes: Wild horse chases records in final season